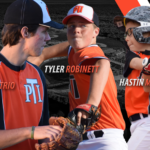 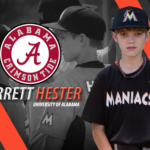 TAMPA, FL –  Pro Talent Instructs is proud to announce the commitment of Garrett Hester to the University of Alabama on a baseball scholarship.

Garrett spent many years playing for coach Jerry Gonzalez in the PTI Baseball program and served as a first baseman and left handed pitcher.

“He was the one of the hardest throwing pitchers in PTI History. Garrett’s attitude and hard work  paid off on the field then and it surely is paying now. I couldn’t be happier to see Garrett get this opportunity and i believe this is just another step in the direction where he truly wants to be. I said it before and I’ll say it again, this kid is going a long ways in this game.” – Jerry Gonzalez (PTI Coach and Instructor)

Hester is one of the Organizations leader in strikeouts as he was lights out in most of his starts with the PTI organization. He was there when PTI had red colors and and he was there when they changed to orange colors.

Hester joins the PTI Alumni Hall of Fame as another one of the Players advancing to play baseball at the next level.

On Behalf of the entire Pro Talent Instructs staff, we want to congratulate Garrett on his accomplishment and we look forward to his continued success in the sport of baseball. 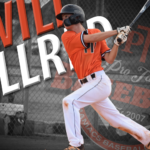 TAMPA, FL – The 15 and under PTI Maniacs showcase team has a (4-4) record through the first two tournaments playing 16 and under events.

The team’s primary focus is on showcasing and playing to a higher level to continue to improve their skills. However, they have exceeded  their expectations by winning 4 games in two total tournaments.

The Maniacs will continue to play at the end of October for their 3rd tournament of the season. 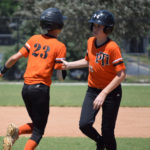 The Maniacs also acquired Will Allred and Aiden Vittoe  to complete their roster.

The team will be playing in showcases only such as perfect game, etc. 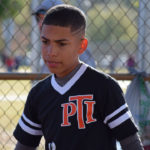