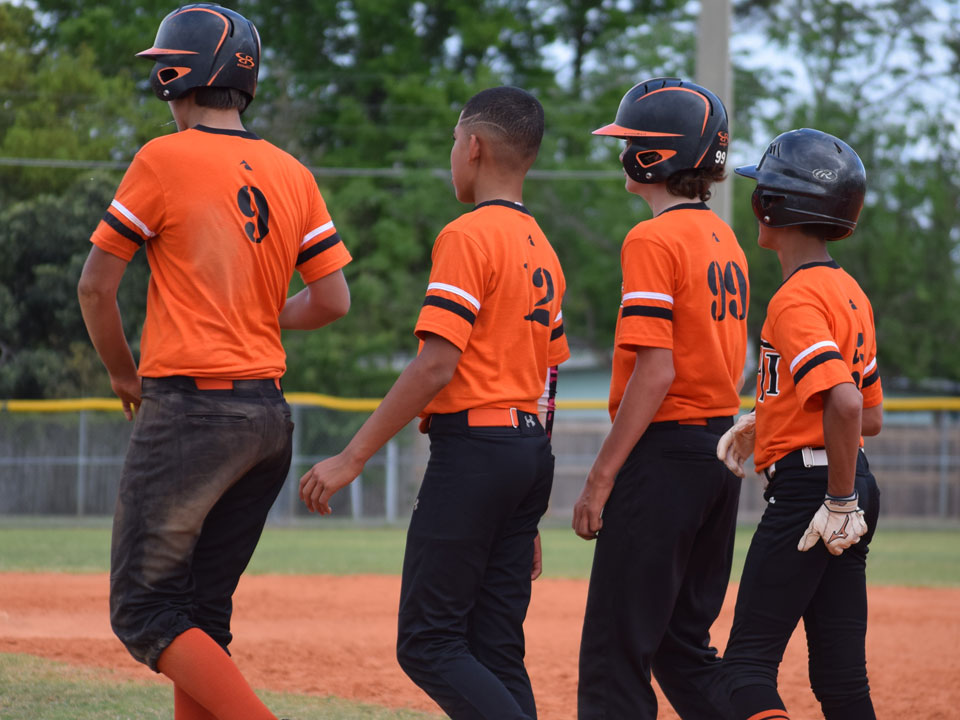 ORLANDO, FL –  The 14 and under PTI Baseball Maniacs  traveled to  Orlando to take on the Nations Orlando Ides of March tournament which brought 17 teams to compete. The Maniacs  placed second after losing the lead late in the championship game.

In Game one of Saturday’s pool play games, Zach Dwyer tossed a great game allowing just 2 runs and earning the victory while Bryce Daily got the save. The Maniacs took an early lead and never looked back. Alexis Ocasio had a 3-Run double to break the game open.

In Game two,   the Maniacs had a back and forth fight with Fonta  14U as they took the lead early, lost the lead in the 5th and finished in walk off fashion. The Maniacs went down 7-4  coming into the last inning and battled till the  end. Literally until the end as Sebastian Munoz with two outs and runners on base hit a double passed the diving first baseman to put the game 7-5. With the Maniacs 6th run at third base and game tying run  on  at second base, Fonta 14U walked Maniacs center fielder Jamal Jacobs to get to clean up hitter Tyler Robinett. Tyler made Fonta 14U pay as he belted a walk off double over the left fielder to score all Maniacs for the win.

On Elimination Sunday. The Maniacs advanced to the Semi-final for the silver bracket  game and  defeated Lake County Rave after a bases clearing triple by Alexis Ocasio who drove in many runs that game to advance to Maniacs into the Championship game.

The Maniacs were just 2 minutes shy of running out the clock with the lead in the championship game but the last out was made and were forced to play one more inning. With just a 1 run Maniacs lead, securing 3 outs would have won the Championship but a few missed played balls and the Maniacs went on to take second place in a well played tournament.

“This team is special, they play well together, they pick each other up, they want win and are listening. Which is the tough part for a lot of coaches. These guys are that championship winning type of  team and I can’t wait till we get ours!” – Jerry Gonzalez

The Maniacs are off for spring break and will return to action back in Orlando the following week.