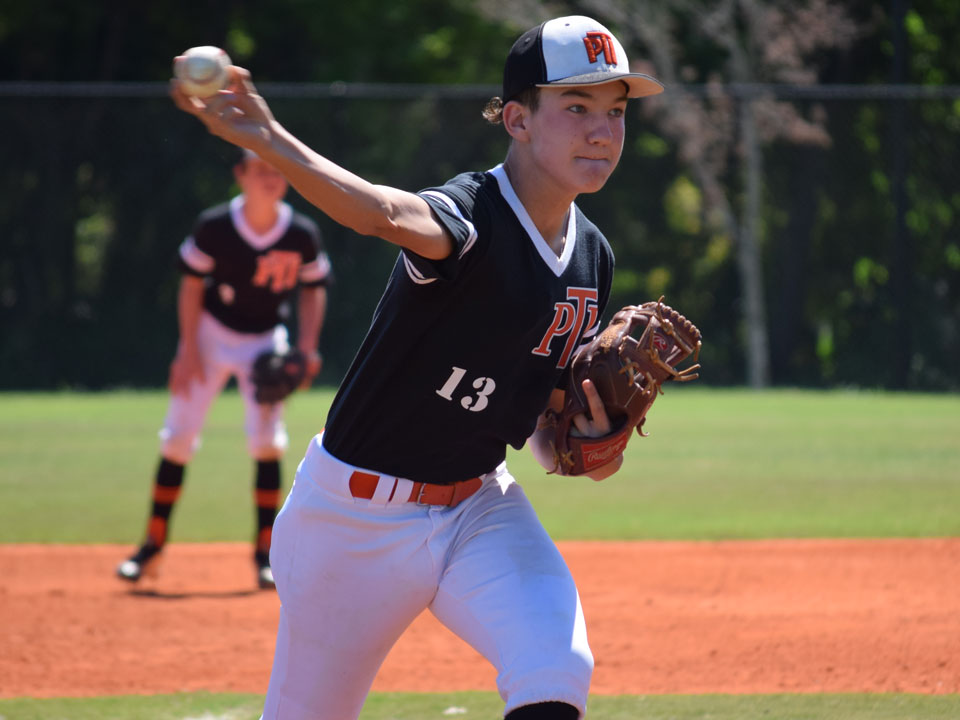 RUSKIN, FL –  Matt Donley was named Player of The Week after playing a tournament in Plant City, Florida where the Maniacs played 3 well played games.

Matt (14), who has rapidly become a leader in the team, hit safely in all games in the tournament that included a 2 out triple to the right side of the field.

Matt was also a star on the mound Pitching 4 solid innings in an elimination game where the Maniacs should have came on top but a few defensive errors were the reason Donley could not get the win. A no Decision in which only 1 run was earned, Donley struck out 5 batters and allowed 4 hits.

“Matt hasn’t been with us long but he’s adapted to our system rather quickly and has rapidly become one of our leaders. He is really enjoying playing the game right now” – Coach Jerry Gonzalez

The Maniacs look to get back on the field once again this weekend as they take a challenge to Orlando.