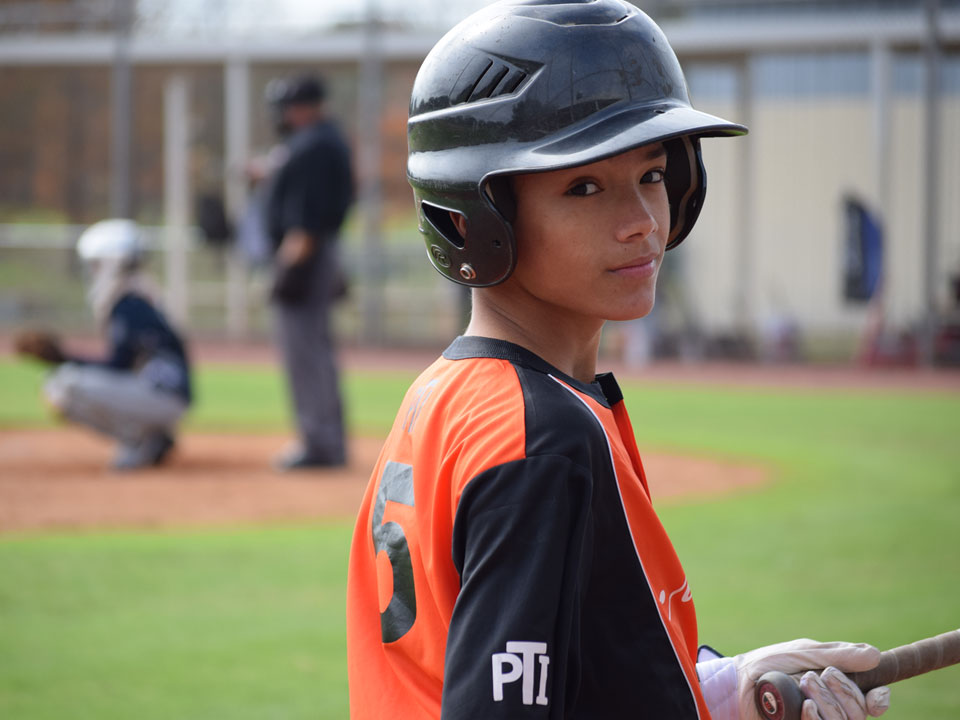 TAMPA, FL –   14U Maniacs shortstop  Kris Trenker had a great start to the 2018 Spring season and was named player of the week for the January 13 weekend in St Petersburgh, FL.

Trenker, had 3 hits in the first game while making some key plays at shortstop. Although he was only able to score one run despite stealing his way into scoring position all 3 times.

He had a percent 1.000 on base percentage going  into the final game before the opponents third baseman made a big league play and and  tagged the base runner coming into third for the fielders choice out.

Kris Trenkers performance earned him the player of the week award although the race was close as  Carson Simpson exploded offensively in the final game with a monster double that burnt the left fielder and single  while driving in 2 runs.

14U Maniacs are back in action next weekend in Winter Haven, FL for the first GSA Florida Baseball tournament of 2018.